‘I Didn’t Know That’ – A Collage for Radio 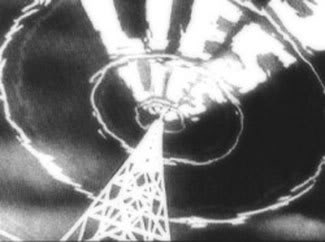 Statement of Intent:
The piece was actually inspired by a Brecht quote about “an inescapable profusion and confusion in the tower of Babel.” I thought that “I didn’t know that” would be a good starting point for an exploration of state-controlled “truths” with the title phrase representing the public’s naive willingness to accept what we now recognize as mistruth and propaganda. I wanted the tension between time periods to emphasize how relativistic these messages are, depending on when we hear them – hopefully the mixing of periods emphasized the relationship between contemporary and dated material.

I originally titled the piece ” I Didn’t Know That: A Triptych” because I tried to create three distinct sections. The first is the monologue of media controlled messages, the second is a dialogue between the messages. The third section actually begins with Brecht himself reading a poem in his native German entitled “To Those Who Follow in Our Wake”, which, in translation, begins:

Truly, I live in dark times!
An artless word is foolish. A smooth forehead
Points to insensitivity. He who laughs
Has not yet received
The terrible news.

Layered on top of this is the voice of McLuhan discussing his idea of “resonance” – nonlinear, nonlogical comprehension of sounds and images. These are the 2 voice of “authenticity” that are eventually buried by the familiar voices introduced in the first two parts, which are layered over them to create a cacophony that is (hopefully) a sum greater than its parts. Anyway, I removed the subtitle since it didn’t strictly fit within the Third Coast guidelines and I’m sort of glad I did, as I felt it opened the piece up to a greater breadth of interpretation.